Dad Becomes First Man To Ever Breastfeed His Baby : AWM

Dad Becomes First Man To Ever Breastfeed His Baby 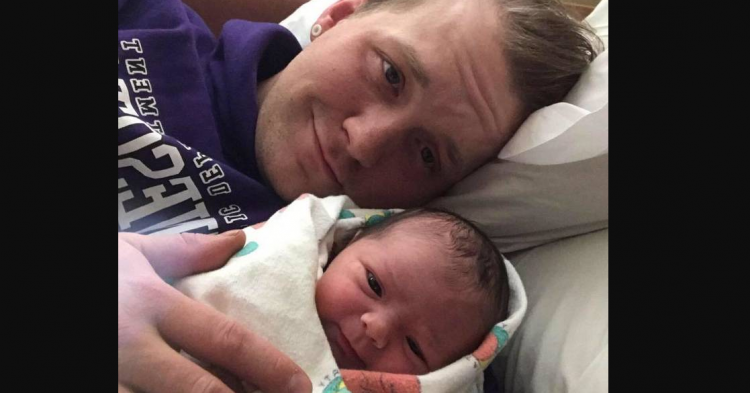 Most births don’t go according to plan. Perhaps, mom expected to be able to get the last meal in before rushing to the hospital to deliver the baby. Perhaps, she had an appointment to be induced, but it takes many more hours than expected. And sometimes, the situation arises when doctors are forced to perform an emergency C-section to save the life of both the mother and the unborn baby within her.

Like all these scenarios mentioned above, Rosalia Lupita Valentina Neubaue did not arrive the way her mother and father had planned. It was utterly unexpected. Her mother, April Neubauer, was diagnosed with pre-eclampsia, which meant that her blood pressure was dangerously high. But when her water broke, April found herself in a life or death situation. 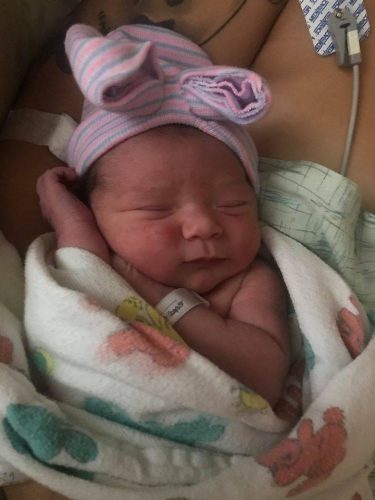 Doctors started pumping April with medication to induce labor. But it wasn’t enough. April suffered two seizures and had to go into operation for an emergency C-section. If she didn’t have her baby delivered via the invasive method, she could lose both her life and the life of Rosalia, who was yearning to break free.

April and her husband Maxamillian, wanted to perform skin-to-skin with Rosalia as soon as she was born. And April planned to try breastfeeding the newborn baby immediately upon birth, just like her classes had explained. But with the emergency situation, it just wasn’t happening that way. 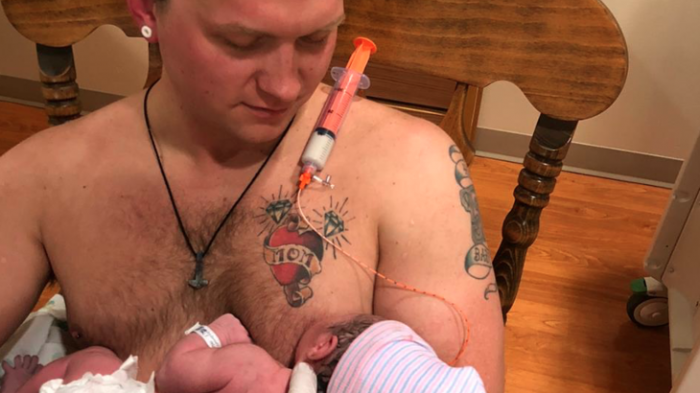 During the C-section, April suffered a seizure, which meant that Max was not allowed in the room while the baby was born. But when Rosalia was welcomed into the world, she was handed over to Max – not April – because April’s health was still in a precarious situation. She still needed to be stabilized and was in no condition to perform skin-to-skin with the newborn baby, let alone breastfeed her.

Max found himself at a cusp. He could either follow through with April’s plans, or he could do nothing. Then the nurse came over with an ingenious idea.

“The nurse asked if maybe I would like to throw a nipple on and do some ‘real breastfeeding,’” he told CafeMom. 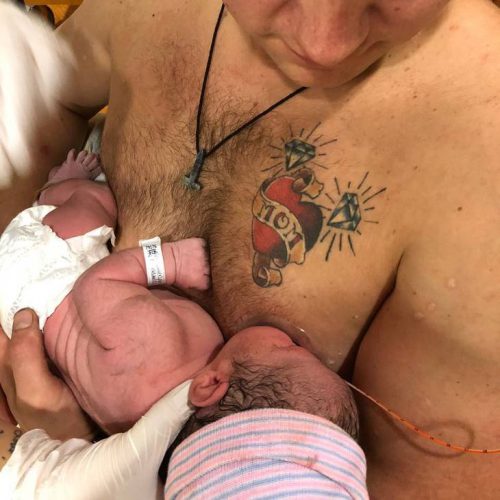 He was down to do it.

“Me being a big joker and the ability to try just about anything once, I said sure why not. The nursing staff was giggling and jumping for joy.”

Although Rosalia was not breastfeeding in the way that April and Max had planned, she was getting the skin-to-skin contact that was so good for her development and practicing the skill of breastfeeding with her dad. 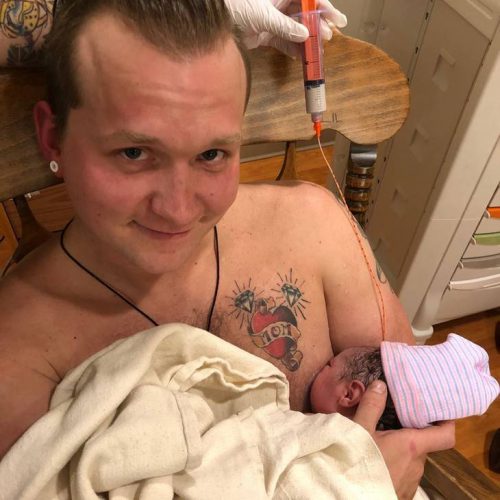 April was delighted to know that dad stepped in for her when she was recovering from the birth.

“After my procedure, I was out for hours. It was very important for us to breastfeed her, and my doctors and nurses knew how important this was to us,” she said. “So our nurse came up with the plan for my husband to breastfeed her for the first time until I was up and alert. I was definitely unexpected, but he would never do anything he would feel I wasn’t comfortable with. Since I was unable to right away due to some health issues, I’m glad my husband was able to step in.”

It may be unconventional. But it worked.