Dad Is In Big Trouble After Leaving His Baby Home Alone So He Could Go To The Gym : AWM 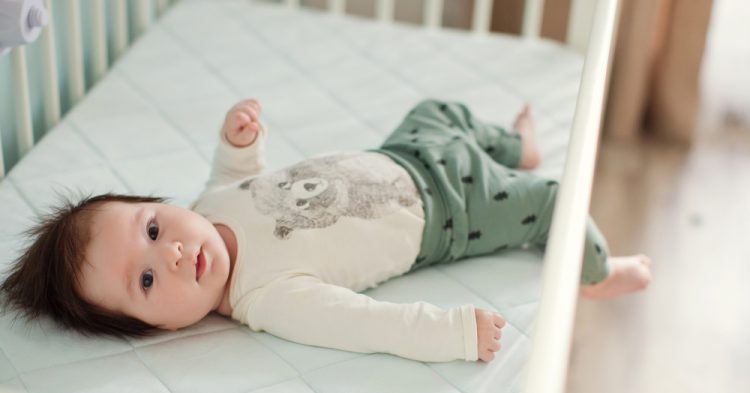 Every parent understands the struggle to maintain a healthy lifestyle while dealing with a baby. Babies take a lot of time and attention, and that means parents often have to sacrifice their personal needs to get the job done – unless they’re able to afford nannies and help around the house. But one dad was caught making the wrong move when he decided to leave his nine-month-old infant home alone while he hit the gym with the baby monitor in hand.

The dad has revealed his “genius” plan to hit the gym still while leaving the baby at home. To make sure he’s not entirely irresponsible, he brings the baby monitor with him, so he knows if something is amiss.

The dad, who has decided to remain anonymous so DCYF cannot find him, shared the revelation online.

“I live in the main floor apartment, and the gym is right next door. From my patio door, it’s a thirty-second walk to the gym. I bring a baby monitor, and it still works that distance.

Although his ex-wife thinks his “genius” idea to hit the gym while the baby is home alone is the “worst thing” he could do, he laughs at her concern and thinks she’s overcontrolling. However, the internet seemed to side with her argument because leaving an infant home alone is not a good idea.

“It wouldn’t be immediately noticeable on a baby monitor that a baby was sick and choking on its own vomit, or that there was a fire outside the room and smoke was coming into the nursery,” one of his critics wrote, devising critical scenarios where his lax attitude could result in the baby’s premature death.

“Those thirty additional seconds that it would take for (the dad) to get to his child could quite easily mean the difference between life and death.”

Another person wrote, “It is a different building, and the infant is alone. Also, it’s way more than thirty seconds. Hear a noise, process the noise, decide to act, exit gym, get to own building, unlock the door, get to the child. That’s at least five minutes. Maybe closer to ten, depending on where doors are located. Is baby choking? Has baby fallen out of the crib? Is there a smoke alarm? Something happens, anything happens, while he is not at home, and he loses. The kid for sure and probably some money and possibly some freedom depending on what happened.”

The man is not the primary custody holder of his infant daughter. He watches her three days of the week and hits the gym every time she comes over to get away from her when he can. He goes to the gym while she’s sleeping at night for an hour and always brings the baby monitor.

“I’ve only been doing this for a month, and not once has she woken up while I was gone. I grew up in Switzerland before moving to Canada, and leaving children unattended at home is somewhat common, not quite a social faux-pas as it is here.”

What do you think? Is dad right or wrong?