Dentist Explains Why You Should Never Brush Your Teeth After Breakfast 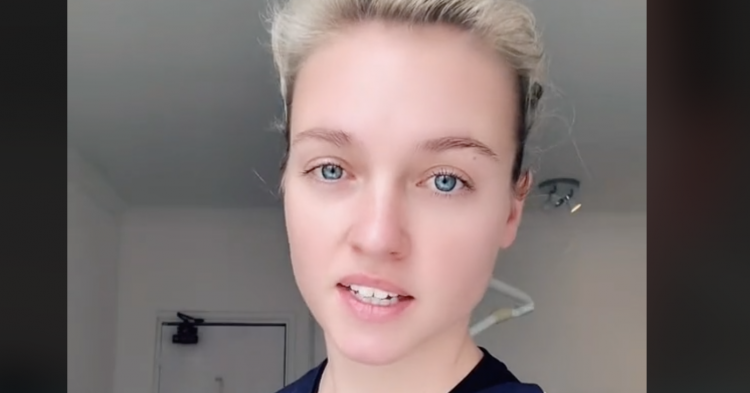 According to Anna Peterson, who hails from London, England, it is better to brush your teeth before you eat breakfast than to do the chore after chowing down on your first meal of the day. However, the choice might be more important than you would think. The dental therapist explains that brushing your teeth before you eat breakfast could have long-lasting health benefits, while brushing after breakfast could result in long-term negative effects on the health of your smile.

The video opens with a simple “did you know” factoid that drew in millions of viewers who have since taken the dental therapist’s advice for brushing in the morning.

“Did you know you shouldn’t brush your teeth after breakfast, always before?”

If you did not know this, then you are going to want to listen to what Peterson has to say about it and follow her directions to help protect the wellbeing of your teeth and gums.

Peterson explains that there are two reasons it is better to brush your teeth before breakfast instead of after the most important meal of the day. First, you need to protect your teeth from the acidity in your mouth. However, the acidity levels do drop so long as you wait about thirty minutes after eating.

“When you at breakfast, your mouth becomes acidic, so what you’re doing when you brush your teeth after breakfast is brushing the acid into the tooth, and this wears away the enamel,” Peterson explained.

In other words, if you brush your teeth after you eat breakfast, you risk brushing the corrosive acids in your mouth into the tooth to wear away at the protective enamel on the surface of each tooth.

However, there is another reason, as Peterson explains, that brushing your teeth before breakfast is a better idea than brushing them afterward.

“Brushing before breakfast protects your teeth from anything you’re going to eat,” she stated.

Despite Peterson’s sound advice, some people do not like brushing before breakfast because it leaves their mouths with a minty flavor from the toothpaste.

“Except I don’t fancy minty cereal,” wrote one TikToker.

“Food tastes minty, though,” complained another.

“And then your food tastes minty fresh,” wrote someone else.

One person suggested that you can brush after breakfast so long as you wait long enough.

“Not all dentists agree on this,” the user wrote. “Some dentists say it’s fine (to brush after breakfast) so long as you leave thirty minutes after eating and drinking.”

Will you change the way you brush your teeth in the morning? Or did you always brush before breakfast?