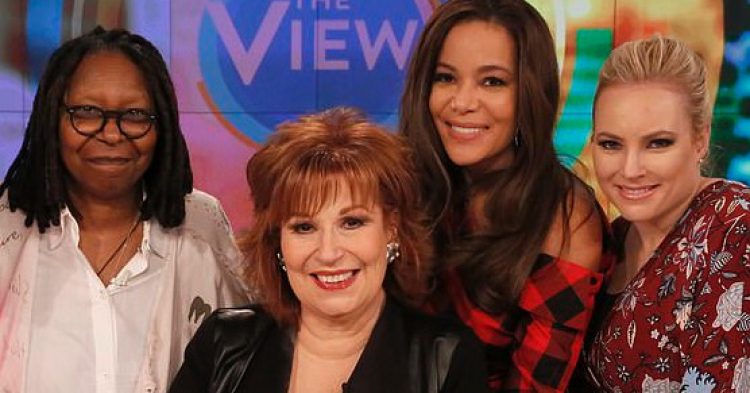 The View has always been a hotbed of conflict between its hosts. When Rosie O’Donnell and Whoopi Goldberg were both on the show, the tension was practically oozing through the television screen in every American household. Now, the hosts of The View have their sights set on a new individual who is causing the “toxic” environment, and they blame her for the showing being “this bad.”

Who is the target of all the hate? It’s Meghan McCain, the daughter of Senator John McCain. Insiders revealed the story to Daily Mail and admitted that McCain is the source of the show’s all-time low morale. 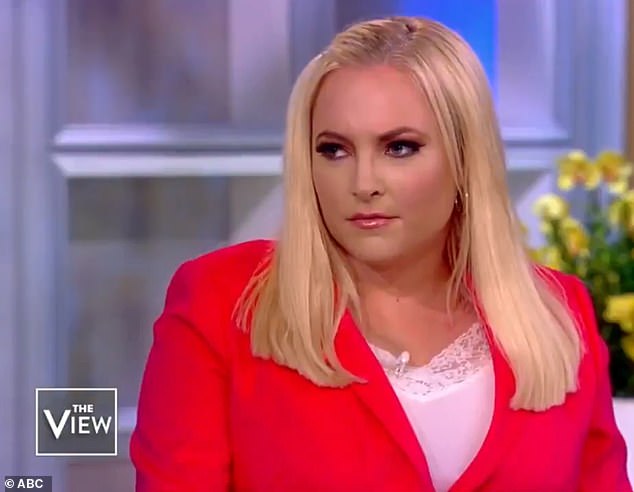 McCain, 34 and conservative, has become a source of contention on the show. Although you might not see the toxicity oozing among the hosts of the show, behind-the-scenes of the long-running daytime talk show on ABC, things are at rock bottom.

Because McCain, who cannot control herself or her spoiled outbursts when off-camera, has earned herself the nickname “Manic McCain!” by the show’s producers, who hate her. But the hatred goes both ways. McCain called her co-host Joy Behar a “b***h” on live television. She also accused Sonny Hostin of spreading negative stories about her, which allegedly caused her to lose her senses so much that the group’s Hot Topics meeting has been canceled indefinitely.

“It’s never been this bad,” an ABC insider told DailyMail.com “I’ve been around a long time, but the morale at the show is worse than ever – even worse than when Rosie O’Donnell was here!”

Another source at The View denied this other person’s claims and disagreed that morale was that bad. This contradictory source said: “We are on a high. The New York Times said we are the most important political show in America. We are winning – the hosts are aware, and so is the staff.”

Although tension could reach new heights on the show, ABC does not want the viewing audience to know that. An official spokesperson from ABC released a statement that said:

“These are nothing more than old rumors and unfounded speculation. All of our co-hosts take great pride in their jobs. They are talented, smart women who have passionate conversations and can agree to disagree. The View and the co-hosts have had an incredible year with great accomplishments finishing the season on a high note with more presidential candidates scheduled to appear next week.” 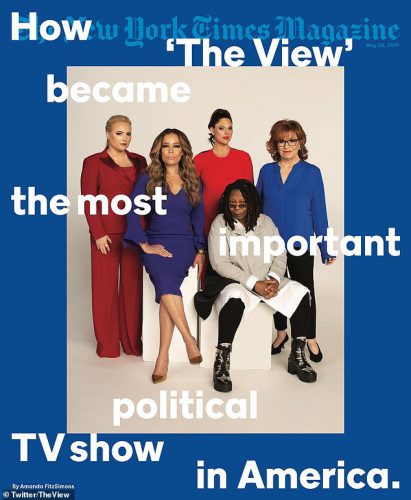 Regardless about how much tension is or is not on the show, McCain is a divisive figure. A source added, they the other hosts “strongly dislike her and Whoopi tolerates her – so they are just co-workers, not her friends.”

McCain wrote a recent op-ed for the New York Times and revealed that she suffered a miscarriage moments before she was expected to take the Times’ Magazine cover photo with her co-hosts of The View.

Sources at The View said that McCain kept her pregnancy secret.

“She didn’t tell anyone she was pregnant. She actually had been telling people she wasn’t sure she wanted kids and ended up pregnant. None of the co-hosts are close to her, so she wouldn’t have told them.”

Do you like McCain or do you dislike her?