Firefighters Issue Warning To Kids About The Latest Online Challenge 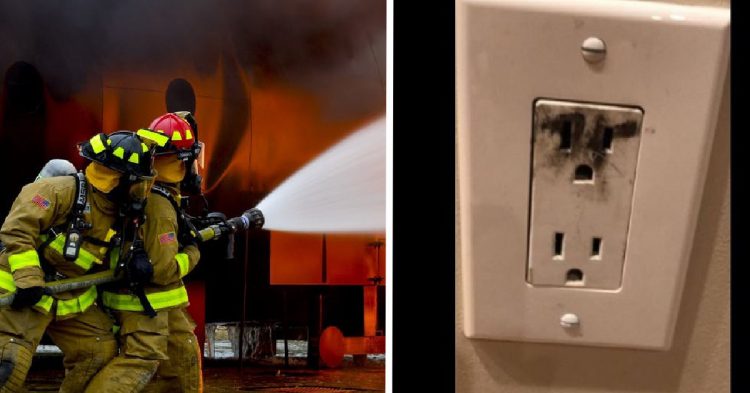 A new online challenge heavily shared via the hot, new TikTok app encourages children to risk burning their house down. When firefighters at the Holden Fire Department in Massachusetts learned about this new online challenge, they felt it was their responsibility to issue a warning to parents in their community and across the country, to make sure children know not to engage in this foolishly dangerous prank.

The challenge is simple. People are supposed to place the “brick” of the phone charger into the outlet but only halfway. This leaves space between the brick and the outlet. At this point, TikTok encourages the impressionable youths to slide a penny behind it to touch the prongs that are sticking into the electrical outlet. The goal of the online challenge? To make the outlet smoke and spark. 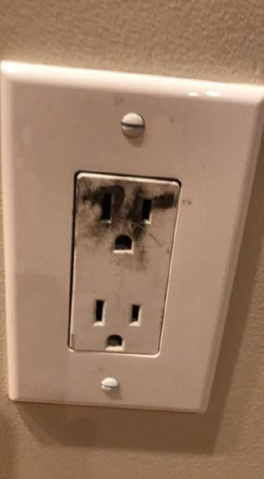 Obviously, the risk of this online challenge is huge. If the youngster does not know what they are doing, they could easily cause an electrical fire that could burn down the entire house. They also pose a personal danger to themselves.

Because house fires and lives are at risk, the Holden Fire Department issued the following warning on their Facebook page.

“The Holden Fire Department would like to warn parents of a new viral teen video that may result in fire incidents and cause serious injury. State Fire Marshal Peter Ostroskey released an advisory today to inform the general public of two incidents that have taken place in Massachusetts, one of which was in Holden. We would like parents to be aware of the new ‘challenge.’

“The ‘challenge’ seen on the popular video app, TikTok, involves using the plug part of a phone charger, partially inserting it into the wall outlet, and then sliding a penny down the wall onto the exposed prongs. The result is sparks, electrical system damage, and in some cases, fire. These videos are a concern and similar to past viral videos that encourage unsafe behavior. We are alerting parents to this challenge, and advise them to not only look for signs of fire play like scorched outlets but to have conversations about fire and electrical safety with tweens and teenagers.”

Holden Fire Department encourages people to follow the US Fire Administration’s electrical fire safety tips. These include inserting plugs fully into electrical sockets. You should also install tamper-resistant outlets if you have small children – or teens using the TikTok app. Wall outlets should also be replaced if they are loose as this could make it enticing for foolish children to stick metal objects into it. You should never use a three-pronged plug in a two-slot outlet. That’s just asking for trouble.

The Holden Fire Department concluded the public safety announcement with the following statement:

“In addition to electrical fire safety, the department would like to remind parents and children to discuss the dangers of certain online ‘challenges’ and recognizing the dangerous activity on the internet.”

Members of the community were grateful for their warning. They wrote the following comments:

“I cannot believe that we have to educate people on the proper way to plug something into the outlet… God Bless all of the First Responders!”

What do you think about this new internet challenge? Do you know someone using the TikTok app?