Firefighters Want Everyone To Know What They Should Never Plug Into A Power Strip : AWM 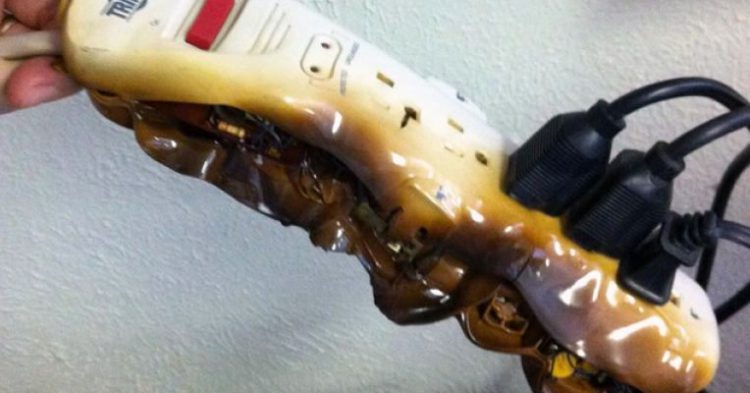 Now that the winter is coming down hard on many parts of America, people are pulling out their space heaters and trying to beat back the frigid temps. However, when you use a space heater, you need to beware of one thing. A local fire department has issued a dire warning to alert people never to do one thing when it comes to using a space heater – never plug a space heater into a power strip unless you want to risk a house fire.

According to a fire department in Oregon, you risk too much when you plug your space heater into the power strip. And simply by plugging it directly into the wall, you can minimize your risk of burning your house down.

“The weather is getting colder, and people are pulling out their space heaters. We just wanted to remind you that you should never plug a heater into a power strip,” Umatilla County Fire District #1 in Hermiston, Oregon, warned on Facebook. “These units are not designed to handle the high current flow needed for a space heater and can overheat or even catch fire due to the added energy flow.”

While the warning is simple, it could save lives. For those looking to take advantage of space heaters over the winter, you could do right by your family and home by never plugging it into a power strip.

The fire department’s warning was shared thousands of times among concerned citizens. People chimed in about how useful the information was.

“I had a household one catch on fire years ago,” one Facebook user said. “Good thing I woke up.”

“I never knew this,” another commented.

Shortly after the warning came out from Oregon, the Toledo Fire Department in Ohio issued a warning after they put out a fire caused by a space heater at 3 am. The flames burst forth after the heater ignited a sofa in the home.

“If you are operating them, make sure you’re operating them in a safe manner,” Sterling Rahe, public information officer with the Toledo Fire Department, told CBS affiliate WTOL. “Make sure there’s a space at least a minimum of three feet around that space heater.”

Space heaters get very hot. Their temperatures can rise to as high as 500 degrees and even up to 600 degrees.

“A lot of these fires, kind of have a common theme,” said Rahe. “Things were left unattended.”

Plug space heaters directly into the wall for even more safety.

In a four year period starting in 2009, about 56,000 reported home fires involved heating equipment, according to the National Fire Protection Association (NFP). Those fires killed 470 people and injured 1,490 people. The damages cost about $1 billion.

If you’re using a space heater this winter, be careful. Plug it directly into the wall and keep the space around it clear.

Do you use a space heater?