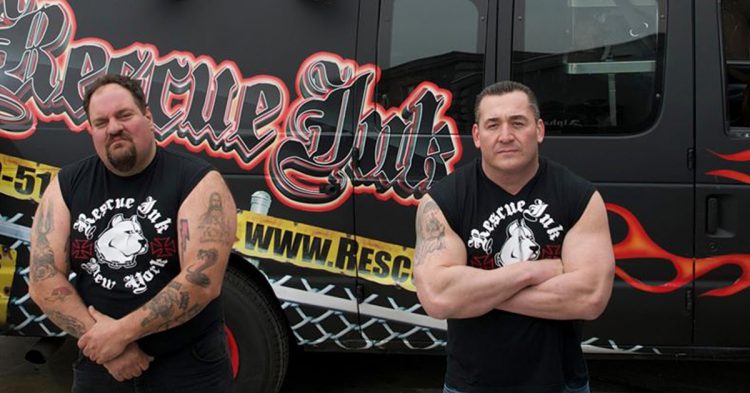 All too often, bikers get a bad rap. Because they have tattoos, weather leather jackets, and ride around on loud motorcycles, people sometimes assume that they’re the bad guys. While there are some “bad” bikers out there, most bikers turn out to be teddy bears or gentle giants. That’s the reason there are many biker gangs dedicated to protecting abused children, or in this case, hunting down animal abusers to bring them to justice.

While images of the members of the biker gang, Rescue Ink, depict hardened men incapable of smiling, they are actually heroes to dogs in need. These bikers have made it their mission to hunt down people forcing dogs to fight each other and to teach them a lesson in the law while rescuing the dogs and bringing them into better circumstances. 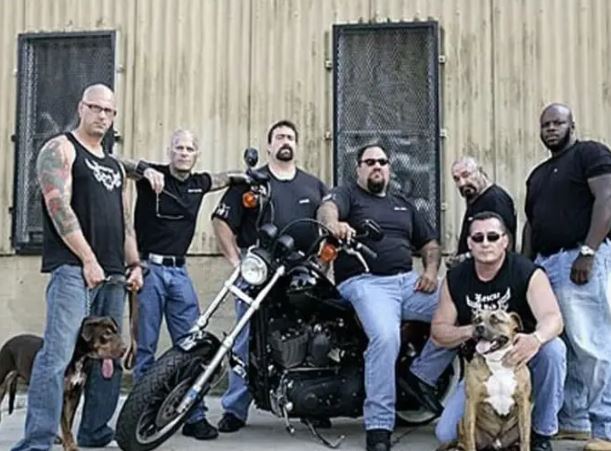 This story begins with one pit bull that escaped from a dogfighting ring in Kentucky. Because the dog was not very aggressive, the leaders of the underground dogfighting ring used him as a bait dog so other dogs could “practice” fighting each other on this pooch. 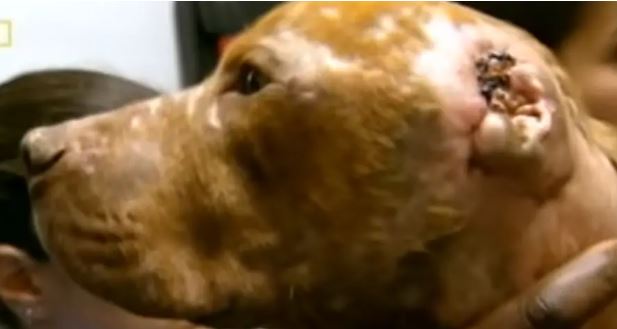 When photos of the pooch were shared online, people were shocked. The dog was disfigured because of what its previous owners allowed other dogs to do to it. It was missing an ear, and its body was covered in wounds that may never be able to fully recover.

However, Joe Panz might have been shocked most of all. As a lifelong biker, he had seen a lot throughout his life, but never a dog mistreated so much. He pitied the dog. But his heart also filled with anger at the “human beings” capable of putting this friendly animal into harm’s way like that. 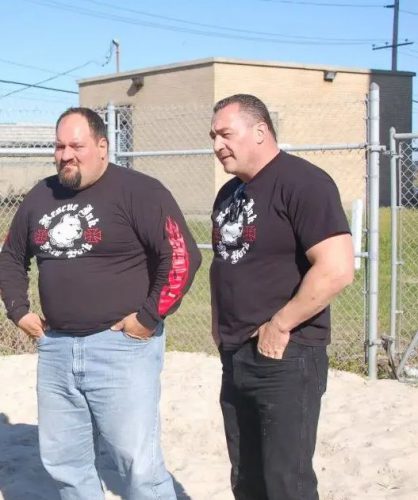 Panz recruited his friend G. to travel out to Kentucky to circumnavigate the law and hunt down the dogfighting ring themselves. Besides closing down the fighting operation, they also hoped to adopt the abused dog.

Because Panz and G. looked like men interested in dogfighting, none of the criminals suspected them for a minute. This made it easy for them to infiltrate the system and take it down from the inside, which they did adeptly. 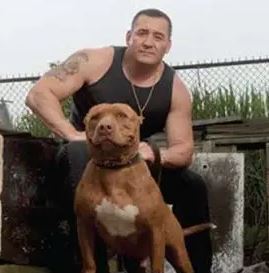 When they learned all the details about the fighting ring – including its location – they passed that information onto the cops. The local law enforcement officers in Kentucky were grateful to the bikers for helping them bust the dogfighting ring wide open because it was giving their state a bad reputation across the area.

Panz and G. took the abused dog home and renamed him, Rebel. Then they decided that their “biker gang” image made them the perfect people to stop dog fighting in its tracks. Their organization has continued to grow and is quite effective. 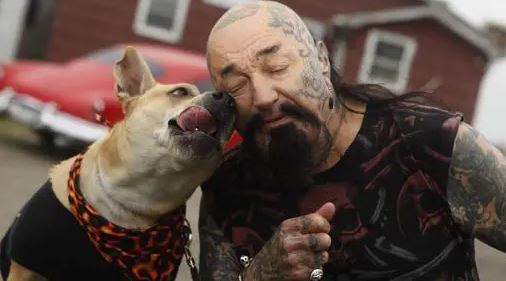 Panz came up with the name Rescue Ink, and he made Rebel their mascot. Now the group has expanded to not just helping abused dogs but cats, horses, and other critters.