Her Neighbors Kept Hurting Her Dog, So She Put This Sign In Her Front Yard 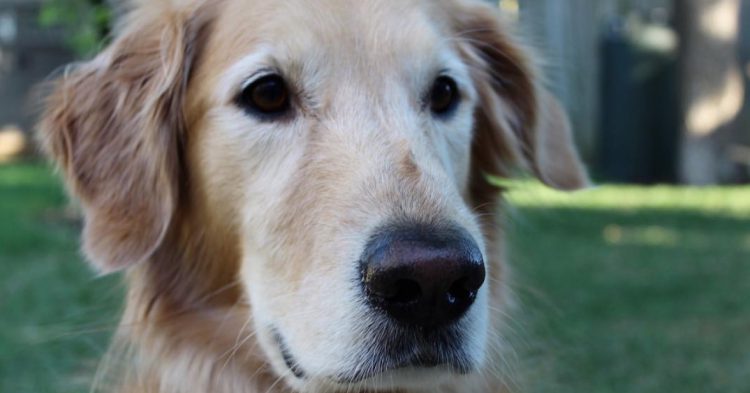 Instead, he plays wild games and goes on adventures. In the first such adventure, Huck runs away with Tom Sawyer and another friend. Although the town along the Mississippi River things the trio of them are dead, they continue to live life as pirates on an abandoned island. So when a man decided to name his dog after the legendary character, he should have expected crazy antics. Because that is exactly what he got.

Neighbors were shocked when they started seeing Huckleberry the dog living on top of the man’s house. The dog would be spotted on the roof lounging about, and people were growing worried. But they didn’t have to be. Huck was just up to no good as usual. 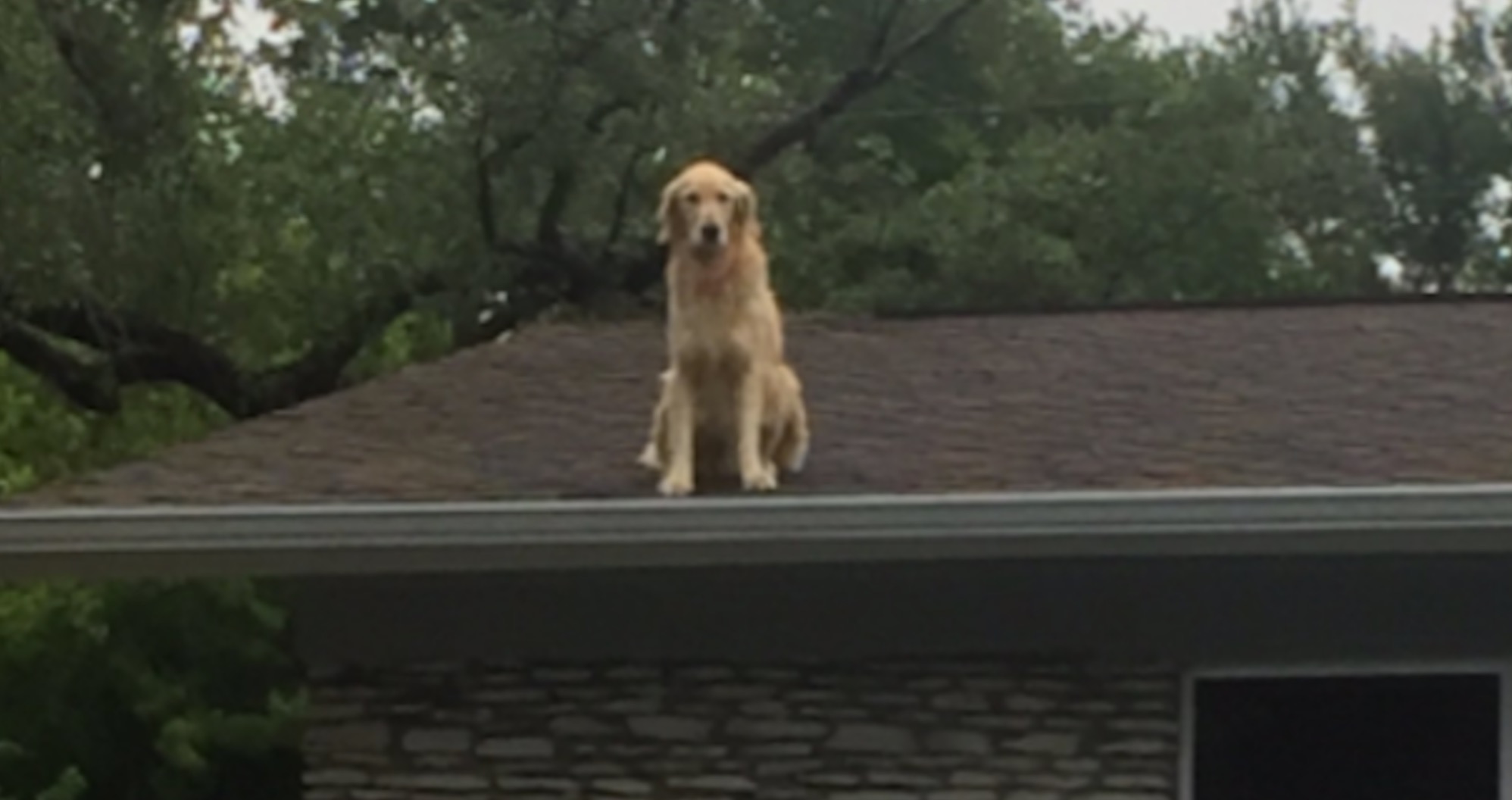 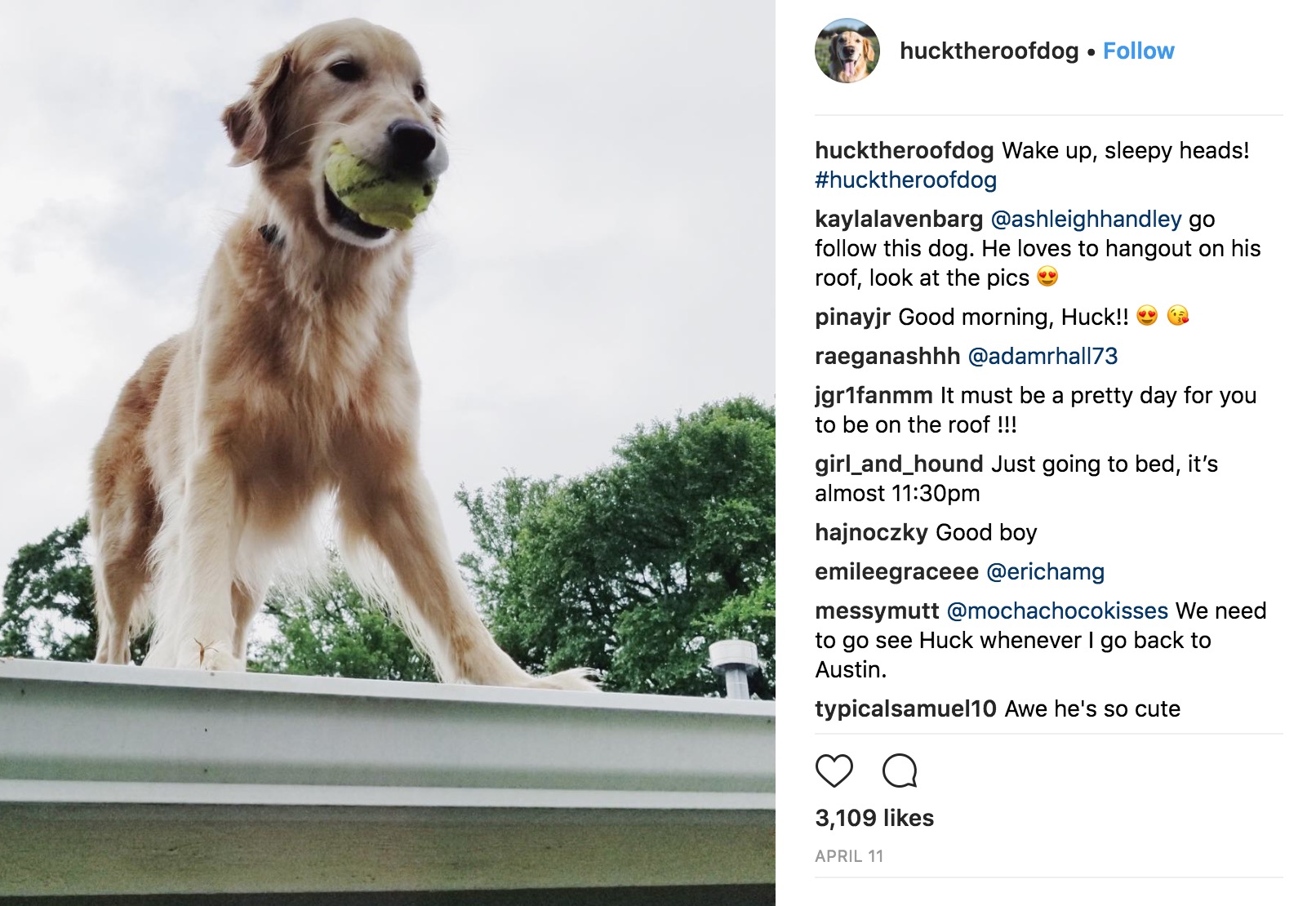 Because the pet owner did not want people to grow worried about his pet’s crazy maneuvers, he shared a poster around the neighborhood to alert everyone to the dog’s roof-climbing hobby.

“Huckleberry is living up to his name and learned how to jump onto our roof from the backyard. We never leave him in the backyard without someone being at home. He will not jump off unless you entice him with food or a ball.”

The pet owner wants to make sure that the neighbors know that the only way Huck will fall off the roof is if they do it to him.

“We appreciate your concern but please do not knock on our door. We know he’s up there! But please feel free to take pictures of him and share with the world! #HuckTheRoofDog” 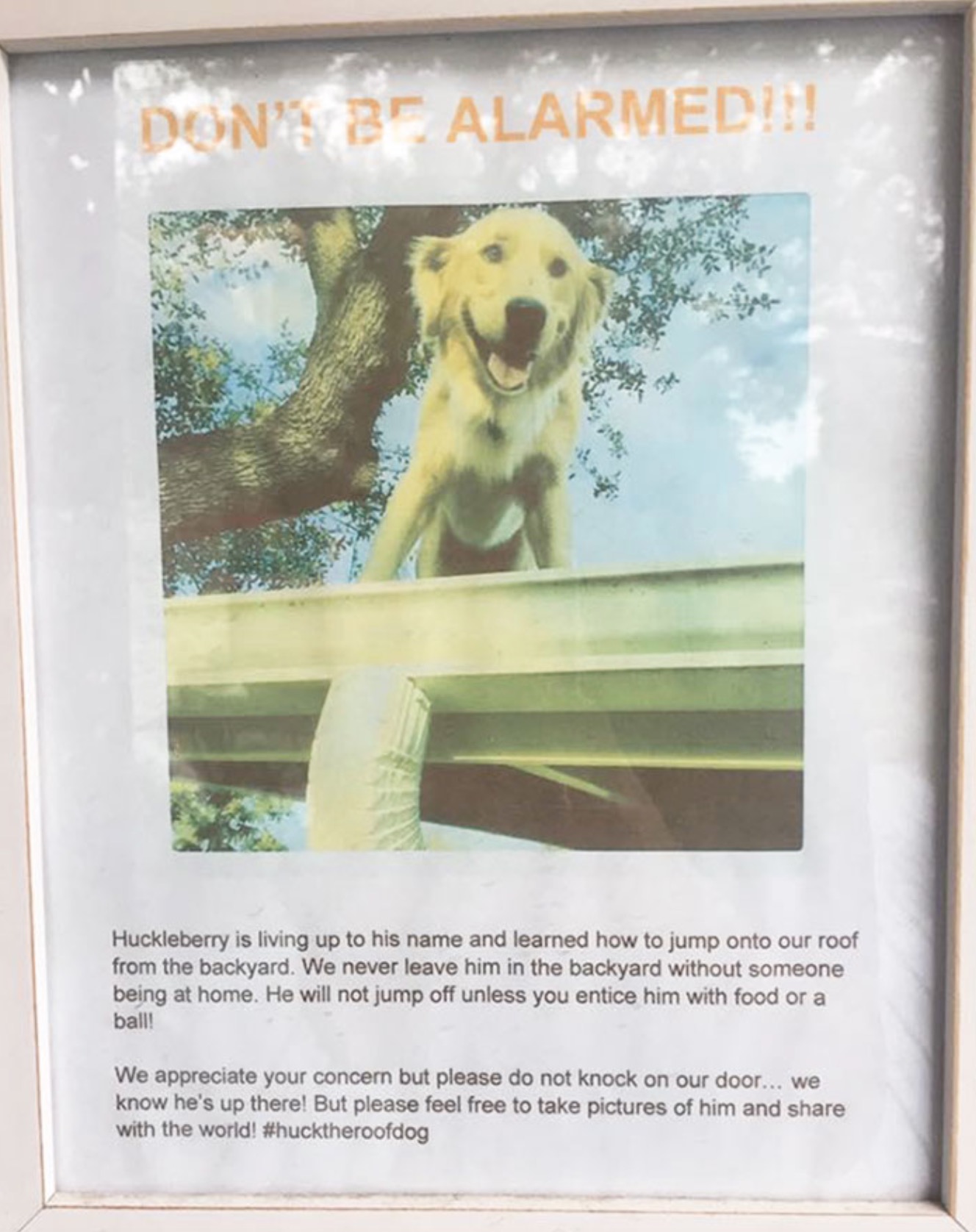 I don’t know about you, but if I saw Huck, the roof dog, I’d want to take a picture of him. And someone did just that. But instead of uploading it to Twitter or Facebook, they shared the hilarious image to Reddit, the social sharing site. Huck, the roof dog, became a viral sensation overnight.

Tens of thousands of people gave the photo an “upvote” and hundreds shared comments about his antics, including the following:

“Huck, the Roof Dog, is living the best life,” one wrote.

“I’m still amazed that there is a subreddit for even the most random things like this.”

“Good boy is just cleaning out the chimney.”

In response, another wrote, “It’s never too early to prepare for Santa’s visit.” Then a third person wrote, “Now I want a picture of him with dog biscuits and milk waiting for Santa on the roof.”

Huck, the roof dog, certainly has made a name for himself online. He has an Instagram account, and people come from all over Austin, Texas to see him on his home’s roof.