Lonely Widow Enters Restaurant Alone, Not Aware That 3 Men Are Watching Her Closely 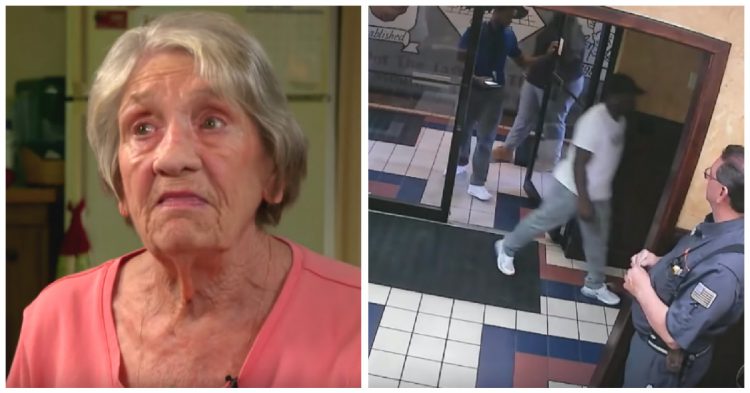 A lonely widow walked into Brad’s Bar-B-Que in Oxford, Alabama, to enjoy the all-you-can-eat special and forget about her numerous sorrows. Moments after the woman, 80-year-old Eleanor Baker, walked into the restaurant, three young men followed her inside. Baker was with her dog, Rufus, who luckily got a few scraps of downhome BBQ from his spot under the table. But when the three young men came up with Baker’s table and started speaking to her, it was as if God himself had descended from heaven to bless Baker’s sad life with a new infusion of joy and good luck.

Not long after her husband had passed away, Baker wandered into the BBQ joint, ready to eat away her sorrows. However, God sent her savior in the form of three young men to give her spirit a lift in her time of most desperate need. 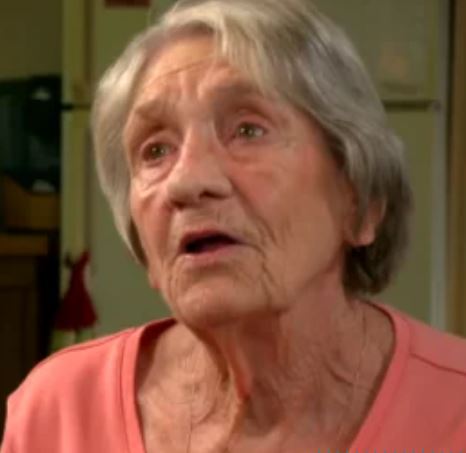 “It was a God thing,” she said. “I think God sent me there [as an example that] people care about other people and how important it is.”

To Baker, who felt grief beyond words at losing the love of her life, the three men at the barbeque joint were saints straight out of the New Testament. 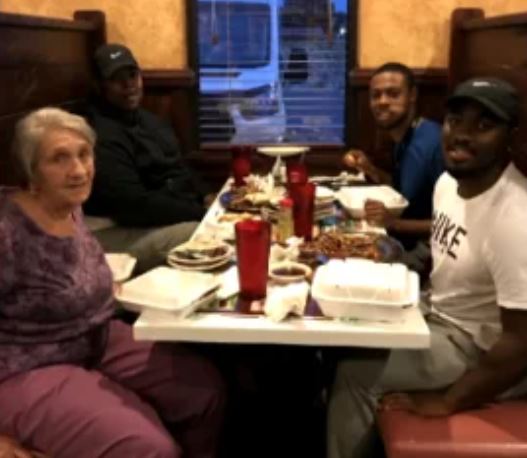 “He just came up, and he said ‘I saw you sitting over here alone’ and he said ‘do you mind having some company?’” Baker said.

Baker was delighted. She joined the men for the meal and had the time of her life. She had not connected with another person since the death of her husband. Howard was a godsend in plainclothes.

Even after eating dinner with Baker, the three men kept talking about the incident. On the way home, they were so happy to have had dinner with Baker that their imaginations were running wild with ideas about how they could continue their good deed and make the old woman even happier.

“When you make that kind of connection with somebody, it’s hard to let it go,” said one of the men, JaMychol.

While the three men first invited Baker to dine at their table out of the kindness of their open hearts, it turned into something so much more powerful than that. They had a lot of fun talking to the old woman and hearing her stories about life.

During their chat, Jamario Howard admitted to Baker that it was his mission in life to positively influence the world around him. He took every opportunity he could to do that. Now, look at him!

“I’m not rich; I’m not famous,” Howard said. “And I’m not very smart either, so I can’t be president. But we can show the world it’s alright to be kind. Then, before long, maybe the world will be a much better place.”