Pole Dancing Is Now Eligible For The Olympics, But Not Everyone Is Happy About It : AWM

Pole Dancing Is Now Eligible For The Olympics, But Not Everyone Is Happy About It 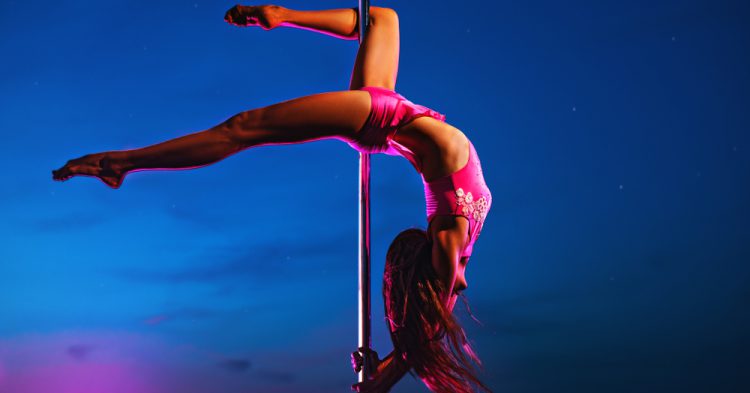 Pole dancing could be featured in the Olympics very soon. Because the salacious dance has been made an official sport, proponents of it are now pushing the Olympic Committee to include it in the roster of events for upcoming Summer games. As pole dancing gains popularity and proves to be an extremely grueling activity akin to gymnastics for practitioners, it was granted official status as a sport and may be on track to be set for the biggest stage of international sports competitions – the Olympics – in a games very soon.

Pole dancing rose to popularity in strip clubs across the globe. However, it has recently been taken out of the strip clubs and into fitness classes near you. Because pole dancing is no longer just for strippers – it has gained the status as a sport that could be considered for the Olympic Games.

Katie Coates, 41, has fought for eleven years to get pole dancing recognized as an official sport by the Global Association of International Sports Federation (GAISF). The group confirmed that pole dancing is now a sport as it was classified as a professional sport in late 2017.

Katie Coates serves as the president of the International Pole Sports Federation (IPSF) now hopes to leverage her long-fought victory over the GAISF to get pole dancing featured in the Olympics.

Coates first started fighting to get pole dancing recognized as a sport back in 2006. She started a petition at that time to get people to challenge the Olympics to recognize it. Her petition received more than 10,000 signatures, which was quite impressive for an issue that reflects little on people’s daily lives.

“In the early 2000s, people started doing it as fitness and taking away the sex stigma,” Coates said. “So, no high heels and making it accessible for average people. Pole dancing is not like everyone thinks it is. You need actually to watch it understand.”

Coates felt that pole dancing got a bad wrap because it was so popular in strip clubs. However, she knew that the sport had a bigger future than just with people in such venues.

“Competitions started, but they were very amateur, with friends of friends doing the judging,” she said. “My goal initially was to make it more professional. I feel like we have achieved the impossible. Everyone told us that we would not be able to get pole dancing recognized as a sport.”

Katie was shocked that she received so much support during her 2006 petition to the Olympics. She “dropped everything” and committed her mind, body, and soul to get pole dancing recognized as a sport.

By 2009, the International Pole Sports Federation was founded, which proved that she had gathered support from pole dancers around the globe. The group held its first world championships in 2012 to coincide with the Olympic Games.

“We had to come up with a scoring system, rules, and anti-doping process. Everything you would associate with a sport like football. For the last three years, we have been doing anti-doping tests, but this year was the first that the World Anti-Doping Agency (WADA) has tested out athletes.”

Do you think pole dancing should become an Olympic sport?