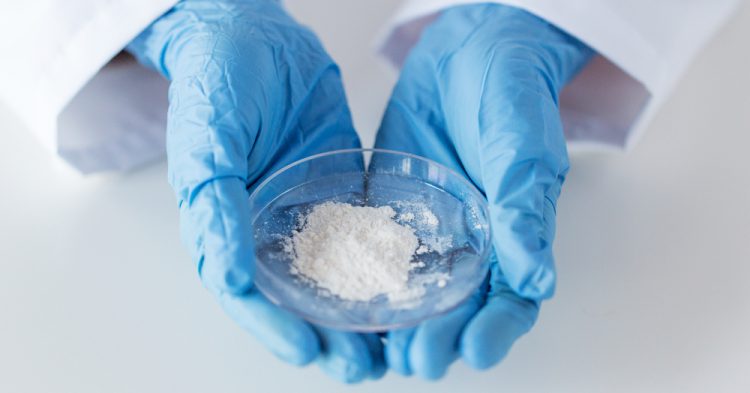 A new date-rape drug may be coming to your hometown soon. The white power, which is extracted from the deadly nightshade plant, has the power to control your mind and transform you into a shell of yourself. According to the sensationalist Tom Leonard, “Tales of its power are hideous. Victims turned into obedient slaves who give up their house keys and PIN numbers after having a mysterious white powder blown in their faces; young women abducted and raped after having their drinks spiked; and wealthy hotel guests robbed blind — almost literally — after accepting a contaminated room key from a flirtatious admirer at the bar.”

These victims were clueless about the new date-rape drug used by politicians and pedophiles alike. Leonard writes for Daily Mail, “the drug scopolamine is also known as Devil’s Breath, as so much about it is diabolical.”

The compound does not have an odor or a taste. This means that if obtained by criminals, it could help robbers, rapists, and anyone who wants to disempower people, including politicians.

Leonard writes, “The odorless and tasteless compound temporarily reduces victims to a zombified state in which they have no free will and become highly suggestible to what others tell them.”

Not only do these victims become helpless, but they also lose any memory of the event. However, victims subjected to this vile chemical may never fully recover. This became apparent after the high-profile dance champion, Adrian Murphy, was given Devil’s Breath and never recover, according to London prosecutors.

The chemical compound is considered a psychoactive alkaloid. The stuff, which is sometimes called the Zombie Drug, has the power to kill ten to fifteen people with just one gram. And if the drug is combined with alcohol, the dangers greatly increase.

Drug expert Matthew Johnsons of the Johns Hopkins Medical School said these claims are not “urban myths” but that Devil’s Breath is as deadly as though it came from the devil himself.

A friend of Johnson’s consumed a drink spiked with the substance while visiting Colombia in South America. The strangers who drugged him easily convinced the friend to bring them into his hotel room, where they robbed him blind. He did not resist.

Leonard adds that “In Bogota (the capital of Colombia), one out of every five emergency hospital visits is reportedly due to scopolamine poisoning. Two young women stole [about $40,000] in cash and goods during a crime spree in which they slipped Devil’s Breath into the drinks of some 30 single men in nightclubs and bars.”

Now, the Pentagon wants to weaponize Devil’s Breath. They’ve been working to create a weapon from LSD for years. That’s why they’re eager to use this drug to “turn people into zombies.” But it is not that far off. As Professor Anthony Glees said, this “is absolutely not something out of science fiction — they exist.”

Security expert, professor Glees, added: “The military use of such substances has long been understood. Luckily, I don’t think any country has ever used [scopolamine].”

Beware of Devil’s Breath and share this warning with your family and friends to help keep them safe from the latest date-rape and mind-control drug.