Poor Dog Has Been Chained Up His Entire Life. Watch His Reaction When He First Sees The Ocean 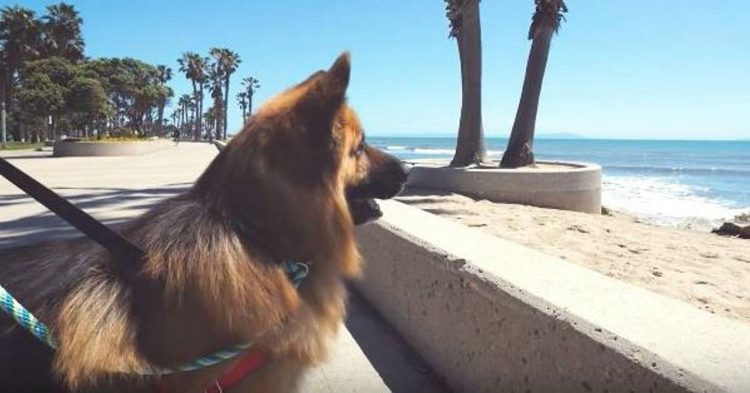 Nature is all around us. It is always available to us and is something that as free human beings, we can access whenever we make time for it. Whether we go for a walk through our local city park, drive out to the country or visit one of the nation’s many beautiful national parks, or take a trip out to the beach to see the ocean.

We can find nature no matter where we live – it’s even available in the hearts of many of the country’s biggest cities. But while we get the opportunity to pick up and go to out into nature when we have time to do so, animals that spend their lives locked in cages do not have such freedom. 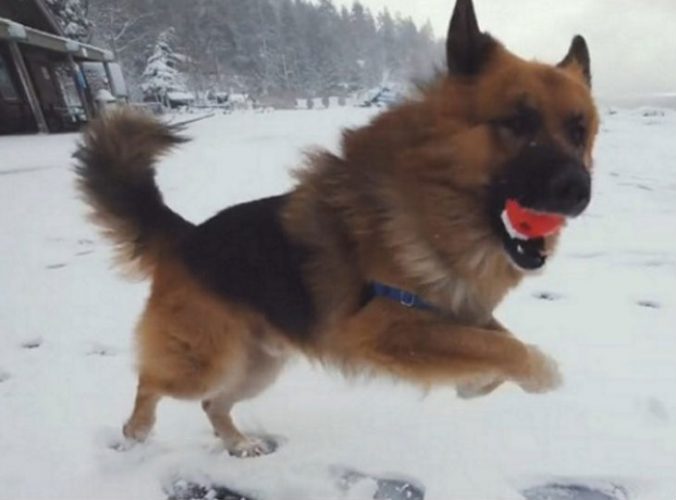 One dog named Herschel spent the first five years of its life locked to a post in a desolate back yard. Although the dog out “out in nature,” because it was in the yard, it was trapped and had no chance of getting out to see anything beyond the length of the rope attached to the post.

Herschel was a German shepherd and eagerly wanted to be loved. But the animal’s cruel and abusive owners ignored him and never showed him an ounce of love – let alone any appropriate care that a working dog like him would need. Herschel needed to stay busy, to exercise, and get out in nature, but his cruel owners locked him to the post and practically threw away the key. 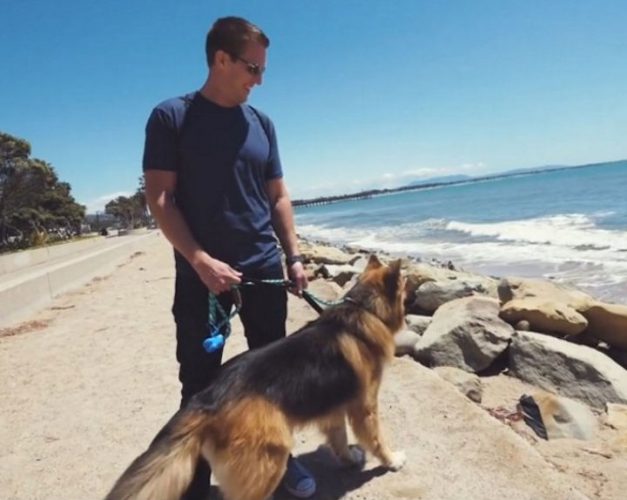 Thankfully, Herschel’s story has a happy ending. Once the truth about his condition got the share to the proper authorities, a team of animal rescuers came out to save him from his owners. He was taken to a shelter after passing a health exam at the animal hospital and was soon adopted into a family. However, no family wanted to take him in because he just had so much energy and was bursting with it that families became intimidated and worried he might lash out.

Although this is usually a death sentence for a dog like Herschel, because people start to see him as “unadoptable,” he was given another chance. Save Our Shelter, a nonprofit group of heroic people, Herschel was given one last chance to show off his amazing personality. With the help of Rocky Kanaka and his hit show “Dog’s Day Out,” Herschel was taken to the beach where he got a chance to see the ocean for the first time in his life. After years of captivity and being latched to an unmoving post in a desolate back yard, neglected, and unloved, the freedom of the open water inspired Herschel as if God himself had come down from Heaven and blessed him. He also got to go to the mountains and play in the snow. 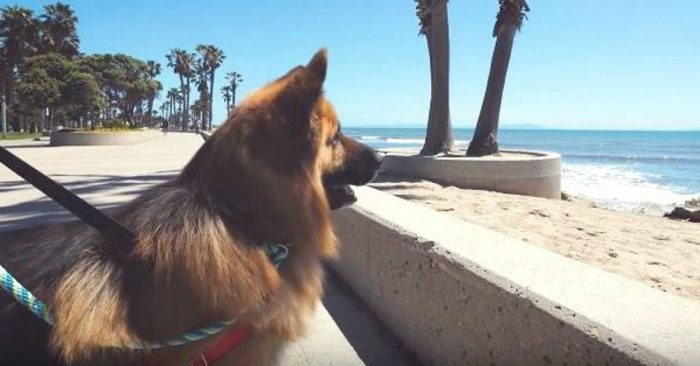 “Herschel was able to see the snow for the first time, and he also got to give free teddy bear hugs. As a matter of fact, that day got him enough awareness that now, we’re going on a little road trip to deliver him to his forever home. We’re going from Los Angeles to Washington State.”

Herschel’s story ends happily after all.