She Took In A Stray Cat 4 Years Ago. Today, She Has 130 Cats In Her Apartment 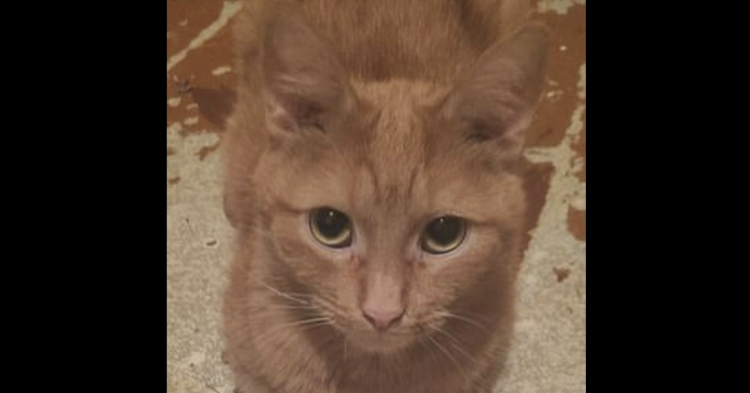 Four years ago, a Moscow woman opened her home to a pregnant stray cat. Ever since that fateful day, she’s been feeding and caring for the cat and its babies. But now her home has become overrun with more than 130 cats because the felines continued to breed with each other and produce more and more litters of kittens until neighbors began to complain about the smell and noise coming out of the woman’s small apartment.

When the neighbor’s complaints became loud enough, a Russian animal charity sent an investigator to the woman’s house to check out what was going on. They found that the apartment was overrun with cats that were “half-starved” and in a very bad state. 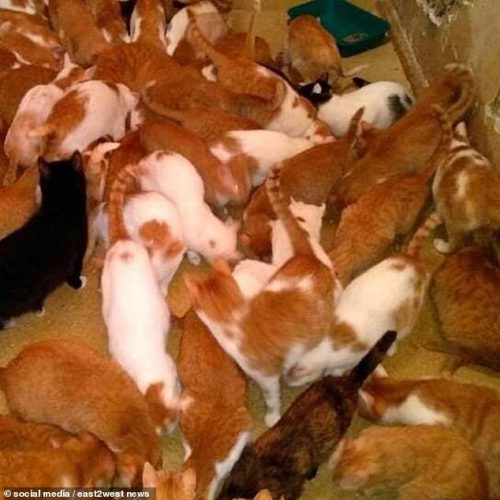 Animal rescue volunteer, Anastasia Soloviyeva (below), said that they had posted pictures of the cats on social media and had already found homes for about 50 cats. However, that leaves another 80 cats that still need to find a home following the destitute conditions they endured at the hands of the crazy cat lady of Moscow. 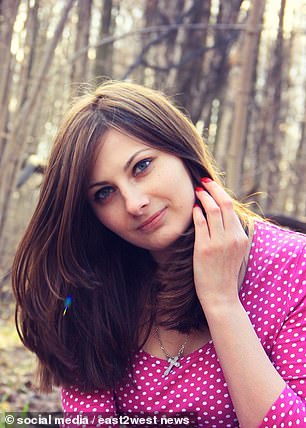 With 80 cats still living in the woman’s one-bedroom apartment, the woman needs help locating people willing to take the felines off her hands. The woman, who has remained unnamed, was divorced and found solace in the cats. She became addicted to collecting the ginger cats and soon bothered the neighbors in the building. They could not help but notice the wretched smell and profuse noise coming from the crazy cat lady’s one-bedroom apartment. 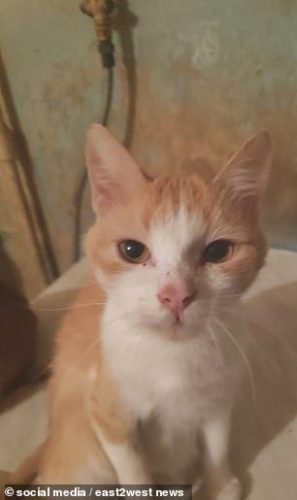 The woman spends almost all her money on her gang of cats but did not earn enough to make sure all 130 of the ginger cats were fed well enough. Many were starving to death when the animal rescue workers arrived.

Another volunteer, Irina Medvedeva (below), said: “We found about 130 half-starve, but very affectionate, cats. The animals were in terrible condition. Despite the fact that they had a corridor, a kitchen, and a bedroom, there were still too many of them to exist comfortably. We managed to distribute some of them, but about eighty more remain inside.” 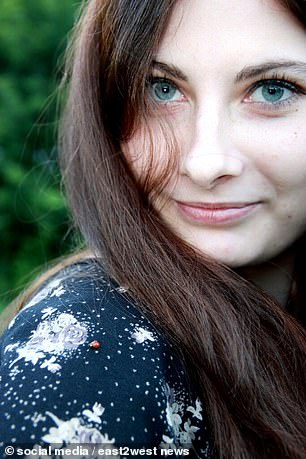 As you read this, a charity called Zoo Defenders is raising money to find the eighty remaining cats new homes where they can get the individualized attention they need and deserve. The cats need a home where they won’t be crowded for space and will not be starving to death because their owner cannot afford to keep so many animals in one place.

“Her heart was in the right place. I know what it’s like to be inundated with cats. I had twelve to look after, they were all fed well and lucky to have had good vet care. I hope they all get housed properly and to decent animal-loving people.”

“Oh my God, I hope they’ll all be okay. She will need to get the carpets cleaned after they’ve been rehomed.”

While most people felt the woman had good intentions that just could not be kept up with, others felt she was horrible to the animals.

“It is unfair to those poor cats!”