She Was Bullied As A “Monster” Her Whole Life, But She Just Got Some Good News 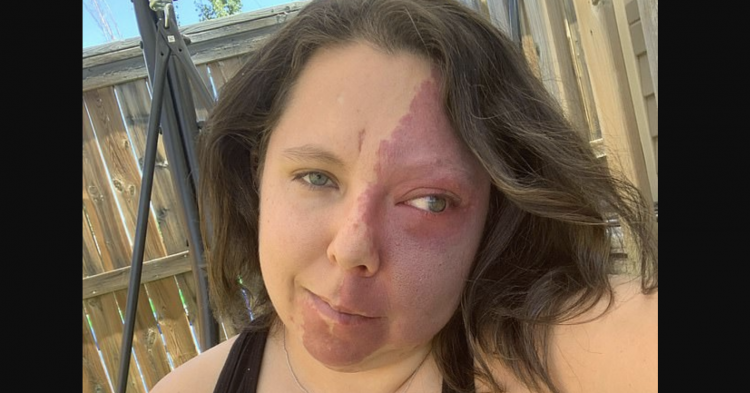 Chelsey Peat was born with a large facial birthmark. Ever since she was young, the rare condition called Sturge-Weber Syndrome, plagued her. People would lash out at Peat, now 34, and call her horrible names like “monster” and “Two-Face” after the Batman villain, who was scarred after a chemical attack. Now, the mother-of-two from Lethbridge, Alberta, Canada hopes to show people that she did not let it slow her down.

Throughout her childhood, Peat constantly battled the bullies who tried to grind her into the mud. Their horrible name-calling was so severe that she suffered from depressive thoughts. Nevertheless, she managed to move forward in life and now is proud of all that she has achieved. 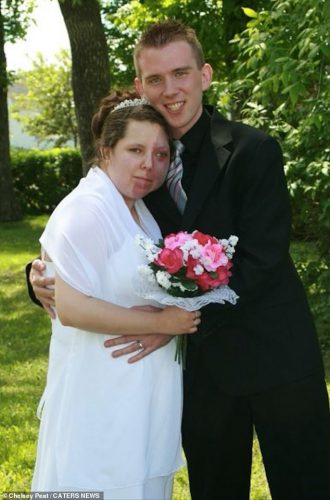 Peat married the love of her life, Matt, 34 in 2008. The pair met through mutual friends in 2004 and quickly hit it off. They started communicating online and then took it over to the “real world.”

Now, the pair share a lovely life together. They’re the parents of daughters, Athena, 13; and Zelda, 3. Because of the birthmark, Chelsea Peat never thought she would be blessed with a life as good as the one she has now. 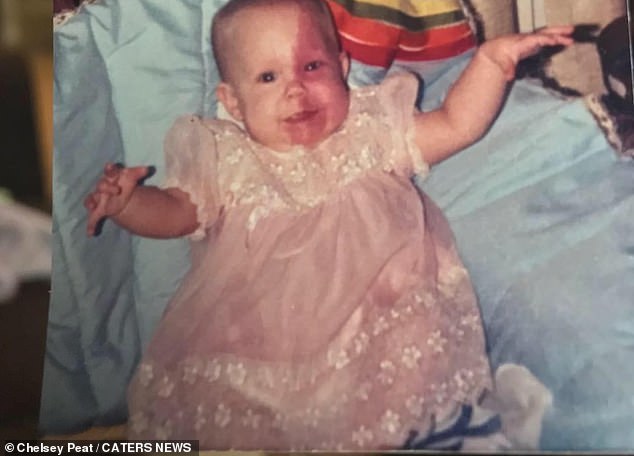 She hopes her story will inspire others facing similar challenges in their lives.

“It is so much more than just a birthmark. There is so much going on under the surface,” she said. “It is a complete genetic mutation. There is nobody in my family who has the condition. I always sided with the poor defenseless characters in movies, such as The Hunchback of Notre Dame, the beast in Beauty and the Beast, and The Phantom of the Opera. Those guys helped me growing up because school was really hard. Ever since the release of the Batman Forever movie, I was given the nickname ‘Two-Face’ after the character who had half his face burnt with acid.” 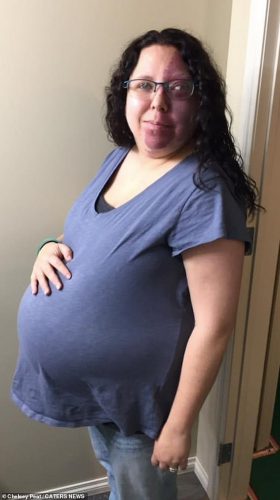 Peat, who works part-time at a hospital, added, “I didn’t have many friends growing up, it could be a very lonely time. You get to the age where you want boys to notice you, but they didn’t want a thing to do with me because I looked different. 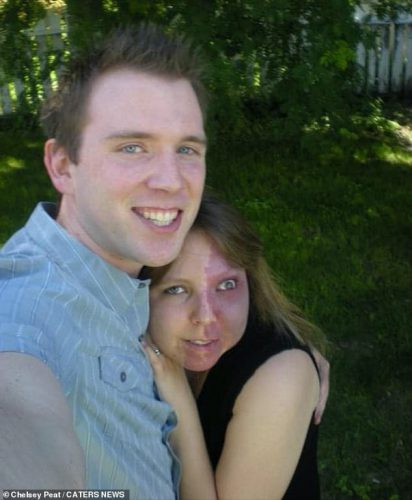 “A few months before my high school grad dance, I prayed someone would ask me to go with them, but they never did. I longed to be like every other normal teen girl. Self-acceptance has been a battle. In my teen years, I’d put on thick layers of foundation to hide my birthmark. But then I came to a realization later on. Why should I do the hiding and masking to make other people comfortable with me?”

Life changed for the better once she met Matt, an IT worker. 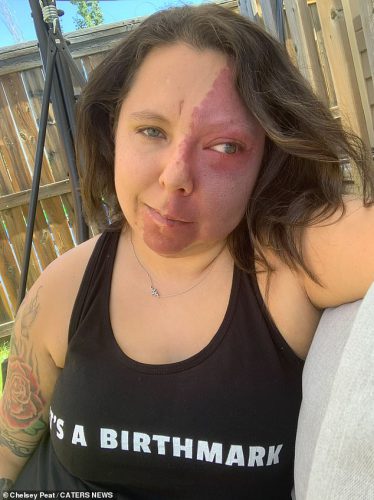 “Matt was friends with a friend of mine. One day he was hanging out with her, and we just connected,” she said. “We got to chatting online and would talk for hours. I felt like he got to know the real me. If I try and speak with people in real life, all they can focus on is the birthmark. I feel like a bit of a monster that way.” 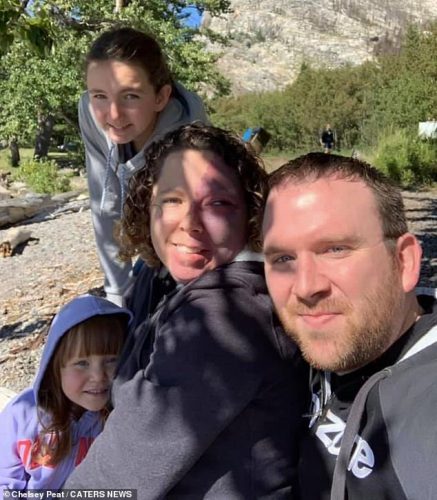 She leaves readers with the following message:

“Accept us and love us for who we are birthmarks, and all. We are incredible people, but we don’t get to use our full potential because the outside world is not comfortable with us because we are such oddities. I want to be treated like any other woman in 2020.”