There’s A Reason Over 3.8 Million People Have Watched This Young Lady’s Violin Concert 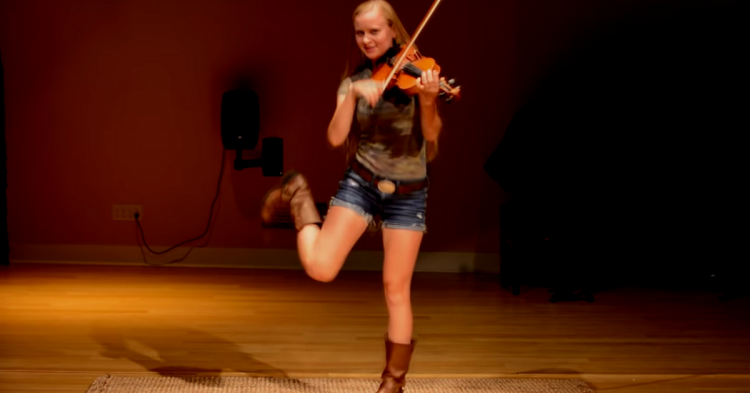 Although Hillary Klug is already famous in the Nashville talent circuit, she’s looking to be known for her music skills across the globe. And with her rendition of Cotton-Eye Joe, she might just get there. Because a worldwide audience has fallen in love with her fiddle playing and dance moves as illustrated in her video performance included below, Hillary Klug is on her way to becoming a household name that you’re going to want to remember.

Hillary Klug hailed from Fayetteville, Tennessee, and got her start as a fiddler and buck dancer delivering star-studded street performances that knocked the socks off passersby. Since then, she’s elevated her performance game to include some of the notable venues in Nashville and beyond. But her appearances on YouTube have been responsible for making more than 3.6 million viewers aware of Hillary Klug and her skills on the fiddle. 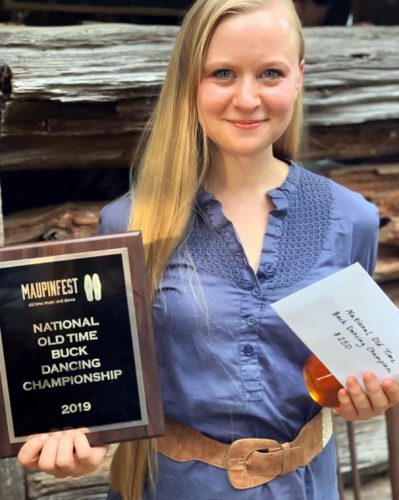 Besides her fiddle skills in the video, Hillary also served as concertmaster for the Tennessee Fiddle Orchestra for four years. She’s on her way up, and nothing is going to stop her from getting there.

Not only is Hillary Klug a masterful fiddle player, but she’s also great at buck dancing. This style of dance is a lot like tap dance that has been mixed in a delicious cocktail with a type of folk dancing. It’s unique and delightful to behold. In addition to her recognized achievements on the fiddle, she also took home the National Buck Dancing Championship in 2013 and then the National Old-Time Buck Dancing Championship in 2019. She’s talented, and there’s no holding her back from rising to the top. 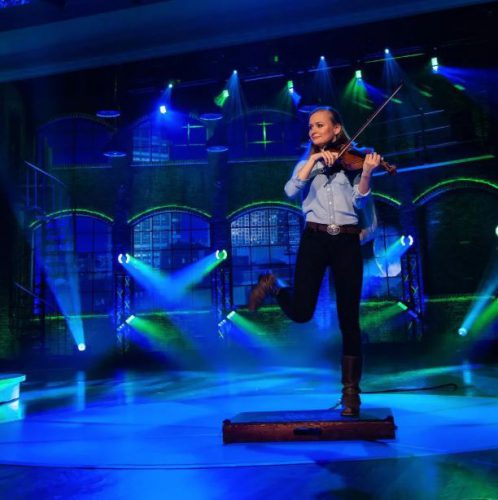 Although the video of Klug playing Cotton-Eyed Joe was uploaded in 2018, it has received more than 3.5 million views on YouTube. It’s a hit sensation that has turned Hillary Klug from being just a Tennessee star to one that is getting recognized on an international stage. And for someone who comes from Tennessee, it is delightful to be able to share some of the local cultures with the greater world.

Klug came from a family that didn’t have any particular musical talent. In an interview with Strings Magazine, she told the periodical last year that she was called to play the fiddle and dance at a young age. She began choreographing her own routines by setting up shop in front of a tall mirror and watching herself dance to her heart’s content.

When she was eight years old, she took up clog dancing and never looked back. And that’s when she also heard a fiddle performance and decided that was for her. 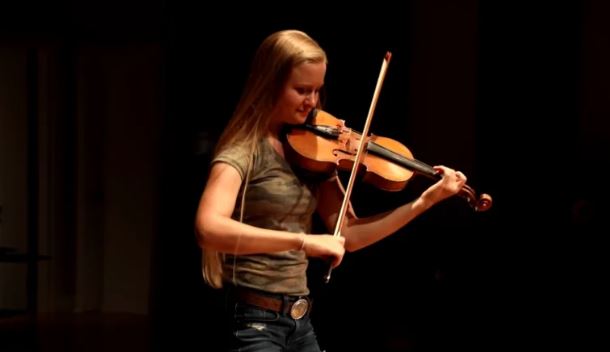 Hillary Klug has studied with many notable fiddle players and buck dancers from the American South. This education has given her a leg up when it comes to performing as he’s learned from the best. Before long, the youngster was participating in competitions and won the 2013 Kentucky State Dance Competition.

She decided to blend her skills on the fiddle with dance after teaching a dance class herself.

What do you think about this young woman’s performance of Cotton-Eyed Joe?