“Transabled” Is The Latest Craze, But You Have To Break The Law To Do It : AWM

“Transabled” Is The Latest Craze, But You Have To Break The Law To Do It 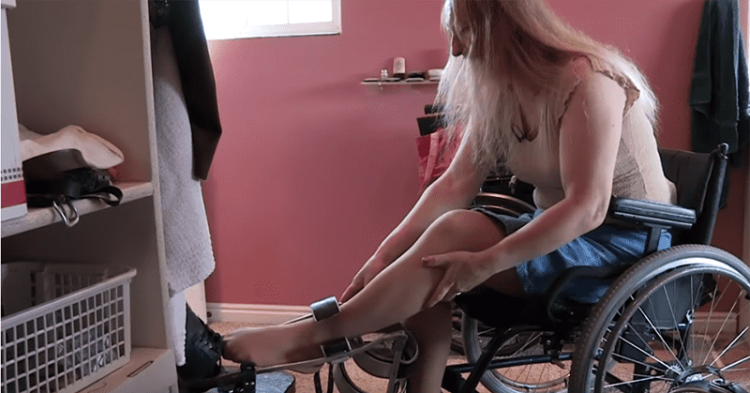 “Trans-ability” is the need a person feels to identify as disabled. This means that if they are otherwise able-bodied, they have the desire to be confined to a wheelchair, for example. That means that some of the people who identify as “transabled” are intentionally undergoing procedures to obtain a physical impairment so they can have a harder time going through their everyday life.

The instances of trans-ability have increased in the last few years as it has become more acceptable for people to approach the situation in public. Now that people are more comfortable making their internal desires known, trans-ability, which is when a person identifies as having a disability despite being able-bodied, has also increased. Sometimes people go through maiming procedures or have illegal surgeries so they can achieve the disabled body they dream of having.

In a way, trans-abled people share a similar trait of transgender people, but instead of not identifying as the gender they were born into, trans-able people do not identify with their able body. Instead, they feel that a limb or the bodily functions do not truly belong to them – and in that way, they feel more comfortable being themselves if they suffered from a disability. Some people are willing to go through severe and dangerous procedures to make this happen.

Professor Alexandre Baril, who teaches feminism, gender, and sexuality studies, trans-ability is “the desire or the need for a person identified as able-bodied by other people to transform his or her body to obtain a physical impairment.”

There is a famous person named Jewel Shuping, who hails from North Carolina, that has declared herself trans-abled. Jewel convinced a psychologist to make her dream come true by pouring drain cleaner onto her eyes to blind her for life.

Jewel has fascinated with blindness since she was a toddler.

“My mother would find me walking in the halls at night, when I was three or four years old,” Jewel told the Daily Mail. “By the time I was six, I remember that thinking about being blind made me feel comfortable.”

Despite being born with perfectly working eyes, Jewel started to wear extremely dark sunglasses all the time. When she turned 18, she got her first cane. Two years later, she became fluent in Braille.

More than 13 years ago in 2006, Jewel worked with a psychologist whom she convinced to help her officially live her dream of becoming a blind woman. Although pouring drain cleaner on her otherwise healthy eyes was “extremely painful” it was a freeing experience for the young woman who wanted more than anything to be blind.

“I really feel this is the way I was supposed to be born, that I should have been blind from birth. When there’s nobody around you who feels the same way, you start to think that you’re crazy. But I don’t think I’m crazy, I just have a disorder.”

Jewel Shuping was diagnosed with Body Integrity Identity Disorder (BIID), which means people do not feel in alignment with the body they were born with.