Watch What Happens When They Detonate The World’s Biggest Firework : AWM

Watch What Happens When They Detonate The World’s Biggest Firework 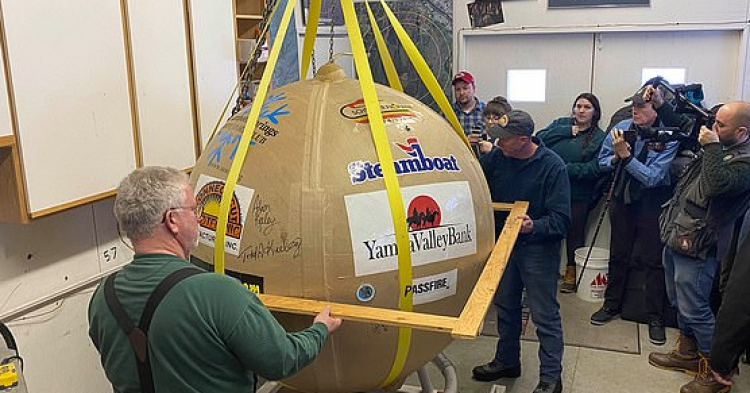 There are few things in the world as universally interesting as fireworks. And one resort in Colorado knows how to put these exploding displays to good use. The revelers launched the largest firework in the world into the sky. The massive explosive weighed 2,800 pounds and illuminated the skies over a winter festival held in Steamboat Springs, Colorado, but the explosion was seen for miles in all directions on Saturday.

The shell of the firework measured more than five feet in diameter, at sixty-two inches, was launched from a twenty-six-foot tube buried in the Emerald Mountain, which overlooked the Colorado city where the festival was being held.

The rocket was launched into the air with explosives. It flew at 300 miles per hour and rose up almost a mile into the sky before the bomb exploded to light up the night sky. The firework, which weighed more than a ton, was the grand finale of the firework show marking the end of the Night Extravaganza on Howelsen Hill. The event is advertised as the prime event of the Steamboat Springs Winter Carnival. And with a firework as big as the one launched at the end of the festival, it sure was a sight to behold.

That’s why the Guinness World Record book sent a representative to analyze the size of the firework. The record recorder was ready to watch the moment when Steamboat Fireworks launched the largest firework on record into the air to mark the end of their noteworthy festival. The record recorder handed the project manager of Steamboat Fireworks the official certificate for making it into the record book.

“We invested hundreds of hours into this project, and we anticipate that we will enjoy the satisfaction of this success for months to come,” Tim Borden, manager and financier, said in a press release about the crowning achievement of the Colorado winter festival.

While Borden accepted the certificate, he admitted that the massive firework would never have come about if it were not for his team members, Ed MacArthur, Jim Widmann, and Eric Krug. This fireworks fans refused to give up on their dream of making it into the Guinness World Record book after failing at the same attempt last year in 2019. 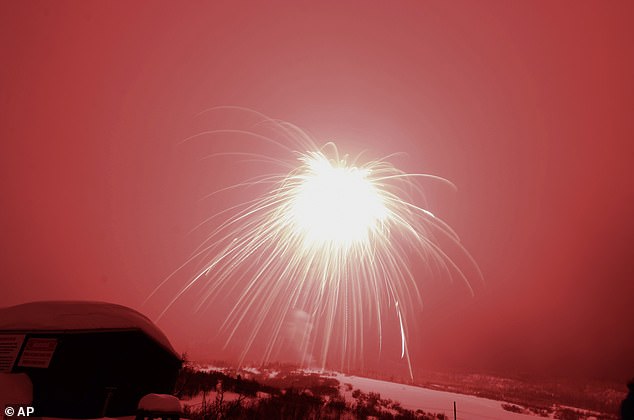 “They analyzed the data compiled from the group’s 2019 failure, and they made a couple of significant changes to the structure of the shell and the lift inside the mortar,” the press release indicated.

The largest firework on record was launched into the sky back in 2018 in the United Arab Emirates and weighed 2,397 pounds, which is still massive and bigger than a ton.

The previous world record holder was launched as part of a New Year’s celebration and was a sight to behold as well. The sky turned color over Al Marjan Island, from where it was launched into the sky like a rocket.

However, the firework in Colorado topped the one in the Middle East. Now it will have to hold down the record, which continues to be a race among countries across the world.

Will someone top this record-breaking firework in 2021?